I used to be what I would consider “white privilege neutral.” I believed it existed, but I unknowingly had the wrong definition in my head. I thought that white privilege was class exclusive, and that it was really only financially pertinent.

When I thought of white privilege, I thought of all the rich kids that I went to high school with getting into good colleges, and having nice cars and never really having to ask for anything. That’s what white privilege meant to me. It wasn’t until I was 29 years old that I realized how wrong I was. However, it wasn’t the true definition that shocked me so much. It was the fact that I didn’t even understand the real meaning of white privilege simply because I was white.

I grew up middle-class for my middle and high school years. When I was young, though, we were poor. I often joke that the only reason I can’t say I grew up in a trailer is because it was a modular home, so it was just missing the wheels. Although my high school years were comfortable, I have early memories of shopping for clothes exclusively at yard sales. So you can understand that I don’t see much privilege there. My shoes came from Kmart, and many dinners consisted of cereal or sandwiches. I never felt privileged. I got made fun of for not having Filas when all the black kids seem to be able to afford them. One of the biggest houses in my neighborhood was owned by a black family. And there we were, in the smallest house in the neighborhood. You know… the trailer without wheels. So no, I didn’t see white privilege there. If anything, I felt as though I understood struggle, that I understood better than most white people what it must be like to be on the outside.

About two years ago, my church offered a month-long learning community on race. We are a very diverse church, and a group of men took the same course when it was offered at Stanford. They brought it back in hopes that it could tie together the wide variety of the church population. To be completely honest, I took the course in full confidence that I would be one of the attendees helping to educate everybody else. I have spent my whole life in diversity. It was a key moral that my mother instilled in me, and it came down from her mother. I have always lived in diverse neighborhoods and gone to diverse schools. I grew up visiting African-American homes and other homes of ethnic diversity. I am pretty sure that I coined the phrase, “I don’t see color.” In other words, my ass got schooled.

The first thing that we did was an exercise on white privilege. We all went outside and stood together in a horizontal line. We closed our eyes, and someone asked questions about privilege. But this was about true privilege, not just about financial privilege. They asked questions like, “Growing up did your parents tell you that you could be anything that you wanted, and you believed it?” Or, “Have you ever been followed by the police because of the color of your skin?” and “Did you take family vacations every year?” Each time we were asked a question, we either had to take a step forward or step back, depending on our answer.

Going into the challenge, I was sure that I would end up where the black people were. All of the other white people in the class grew up very comfortably; they were still comfortable, if not well off, as adults. I knew that I didn’t match them in lifestyle or social status. So that only left me to end up with the African-Americans, right? Wrong. So wrong.

Once the exercise was over, I opened my eyes and looked in front of me. The rest of the white people were about 5 to 10 steps ahead of me, depending on who they were. Then I turned around. Every single African-American person was a good 20 steps behind me. My heart fell to the ground. It was quite possibly one of the most humbling experiences of my life. There was even a young man in the group who had described himself as “growing up like the Huxtables.” How could he be back there? He grew up rich and comfortable, and went to private school! Half of my childhood was poor and uncomfortable and mocked. What was more inexplicable was that there was a big variation between where the white people were standing; a number of steps divided us, yet we were still ahead of all of the black people. When I looked back and stared at my black friends, they were all far behind me, and they were all in a more or less horizontal line. Their social status didn’t really matter when it came to privilege. At the end of the day, because they were black, they were all at the end of the line. 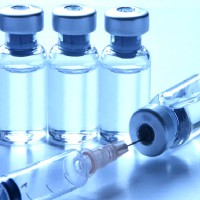